Energy production by the slow water. Is it possible?

Most of the hydrokinetic systems use water current with speed 1.5-3.5 m/s or higher. Our hydrokinetic power system can accelerate the flowing speed up to 1.3 – 4 times. The power of the water current is calculated by the 1/2*r*A*v3 , where “r” is the density, “A” is the cross section and “v” is the water speed. If we increase the speed from 1 to 1.3 m/s than the power increases by 2.2 times. 4 times higher speed causes 64 times higher power for same dimension of the system. The harnessing is less than 34% of the total motion energy for a free flow environment. (It is the rate of the absorbed power and the power in the undisturbed flow.)


The system is consist of water collector, water drop and generator parts. 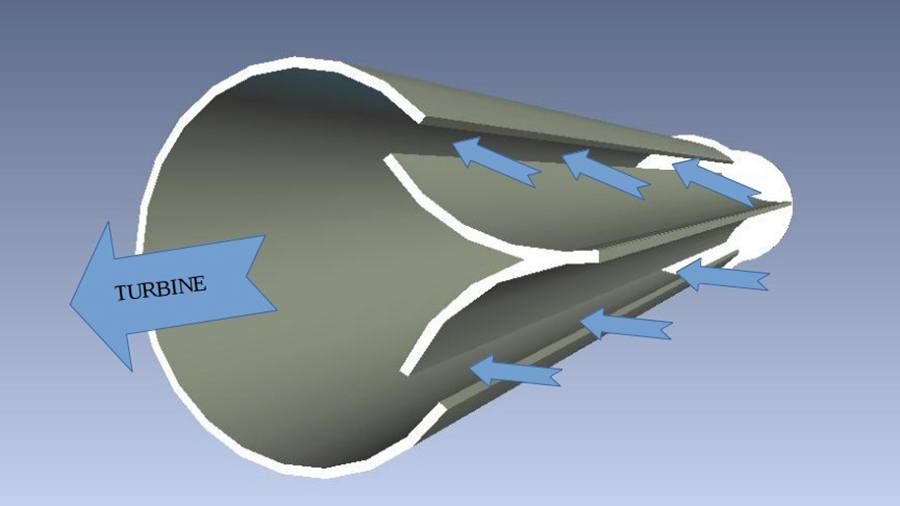 The water drop part (See Fig. 2.) has as similar surface as the collector has, but its back side has a window to drop the water. 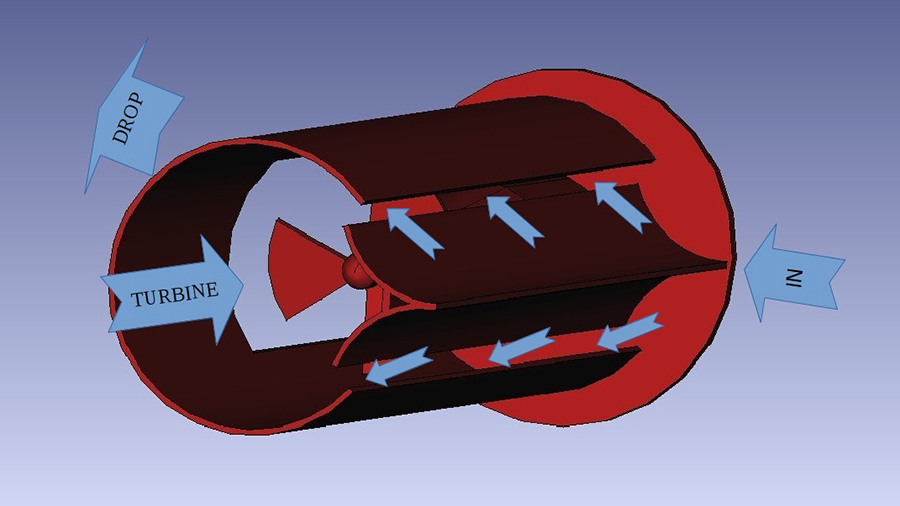 The front surface is on the Fig 3. 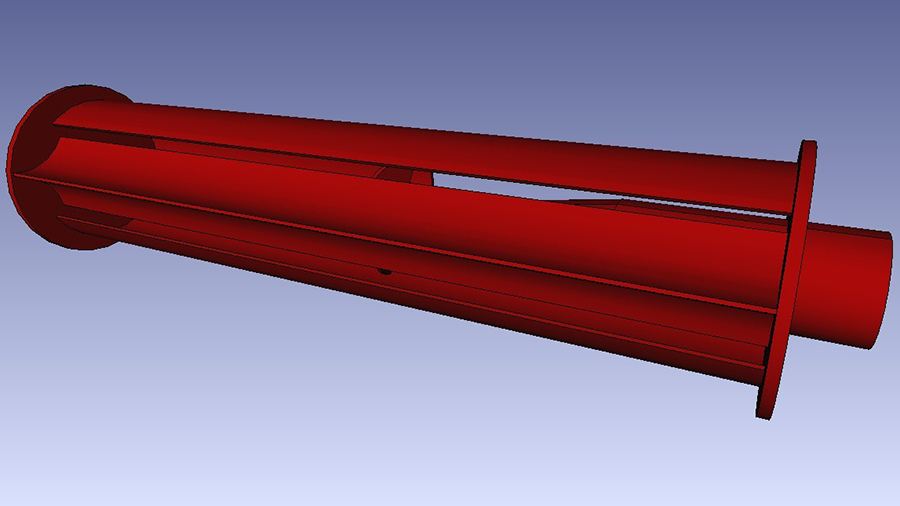 Fig. 3. Front surface of the system 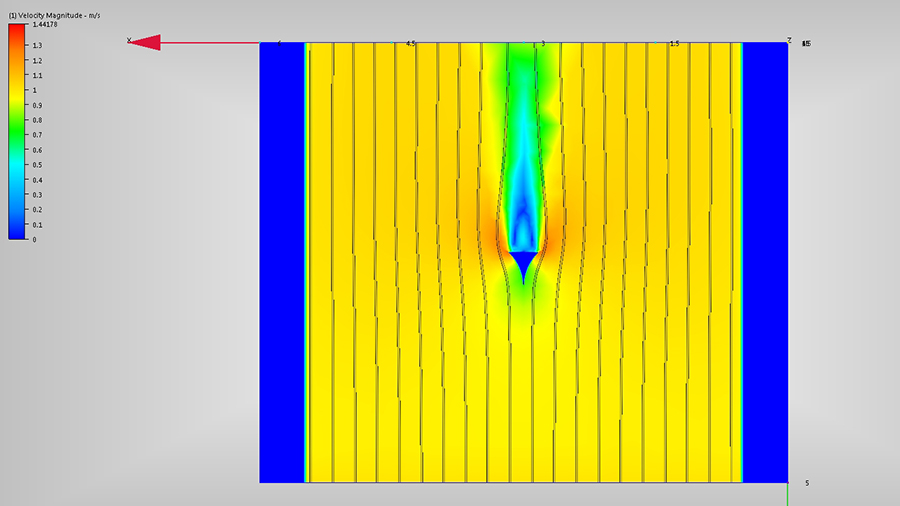 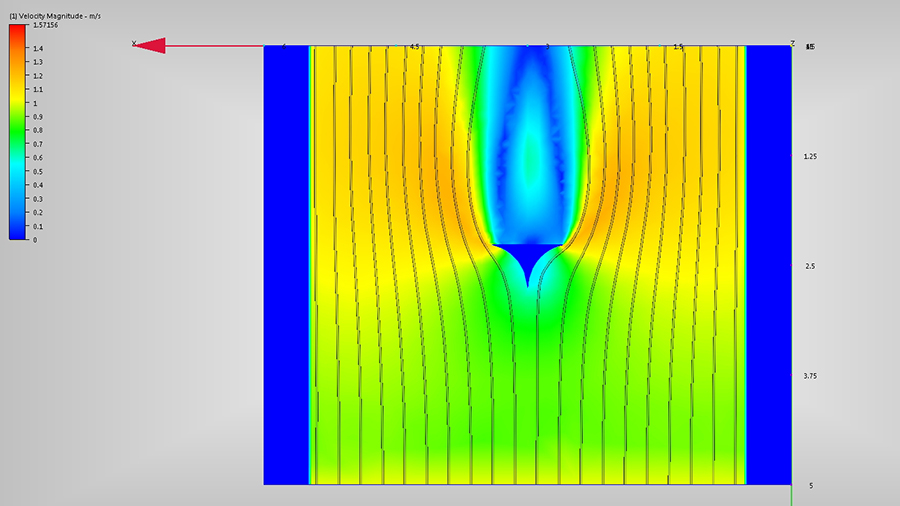 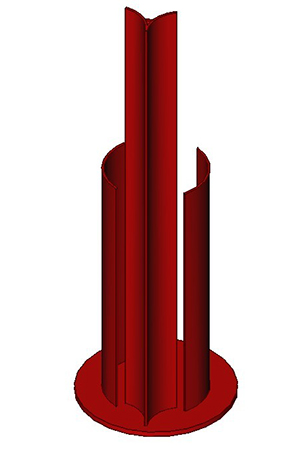 We use the motion energy of the larger part of the water to increase the speed of the smaller part.

We have to drop the slow part and collect the faster part of the water to the turbine.

The CFD modeling was made by a vertical positioned system to compare it to a real test in our water channel.

With a vertical positioned small model we can analyze the waves and swirls of the water surface to observe the results.

The small vertical model on Fig. 6. was 3D printed too.

The next figures show the result:

The acceleration can get the 4 times higher speed than the intake was.
(Arrows show the direction of the current.
The channel size: 5 x 5 x 5 m)

The water went through the deflectors, but after that turned to the reverse direction, and lather turned up or down and later forward again.
Instead of the swirling back side there is a concentrated flow with 3-4 times higher speed than the intake was.
There is a possibility to multiply the number of the flows upon request. 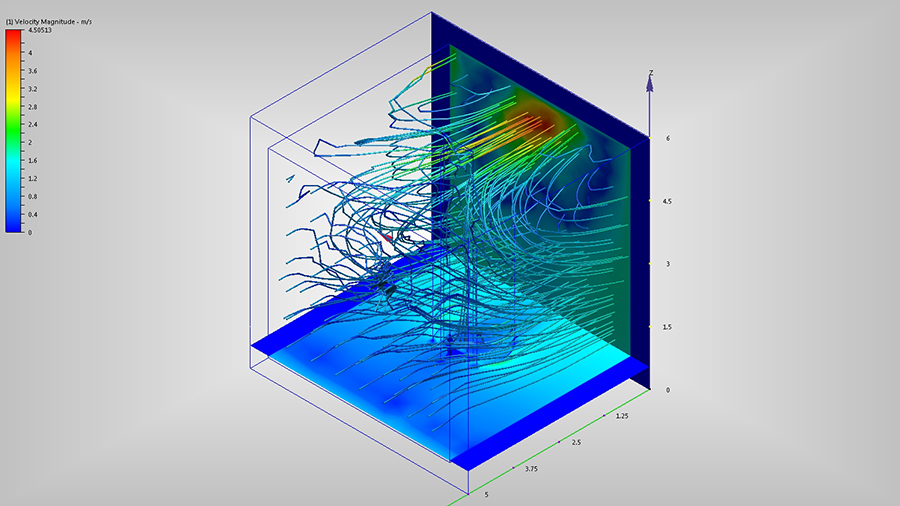 The Fig. 11 and 12. show the water channel test.
The modell was pulled by 0.8-1.2 m/s speed by a cart. You can see the beam on the surface of the water.
The geometry of the beam show the different speed at the starting and at the end point. 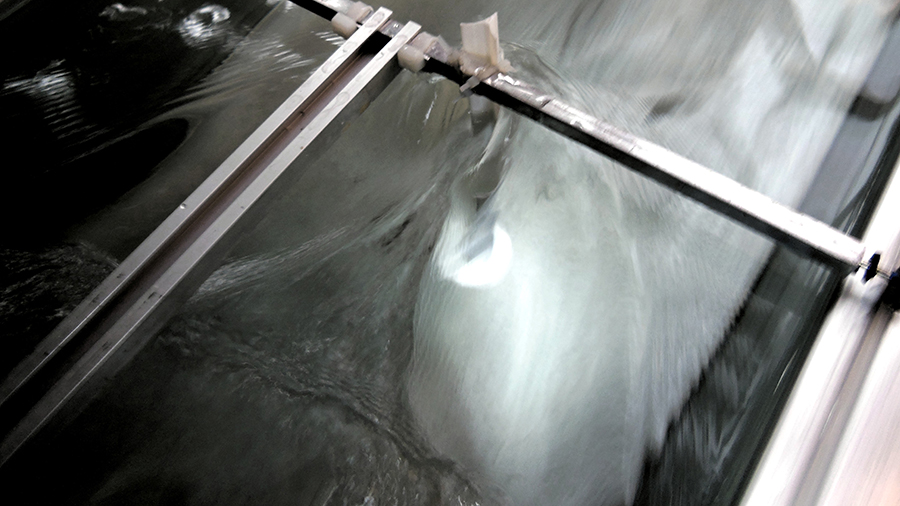 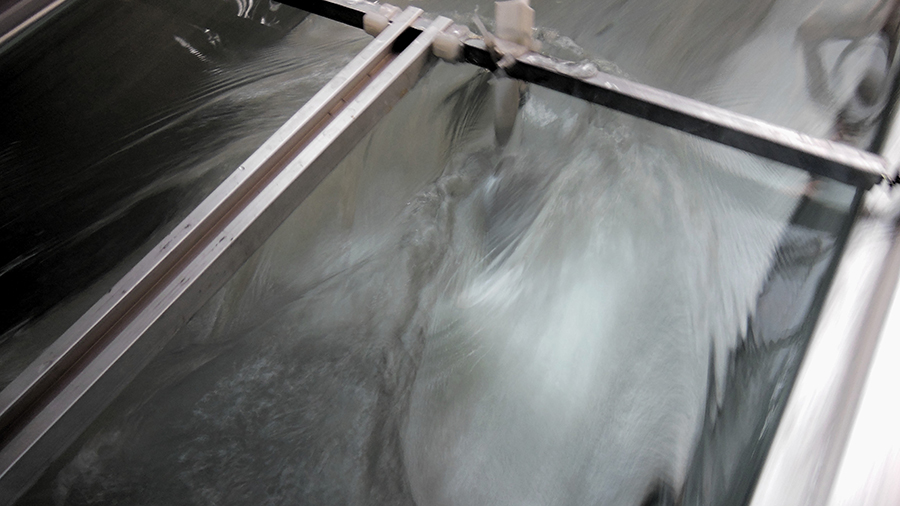 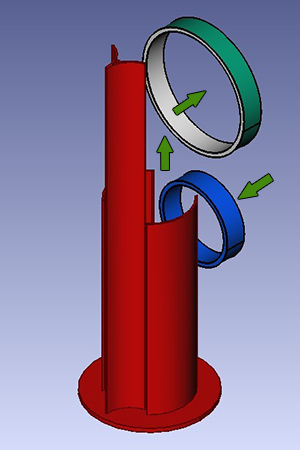 On Fig. 13. There are two rings, that show the location of the flowing back and forward.
The real tests gave same result in the water channel.
The length of the model is 200 mm and the diameter of the deflector is 40 mm.
The blue ring shows the backward and the green shows the position of the forward water beam.

The wertical motion of the water destroys the swirling at the back (there isn't any Kármán vortex), and it collects the motion energy in to one beam with high speed.

Using the collector and drop part we built a horizontal system.
The horizontal position is better for shallow water and water with a lot of wash and the vertical is better for the deep water.

The horizontal collector has a special shape on the front deflector and the accelerated water flows through the collector to the turbine.

After the deceleration, the drop side helps water to leave the system.
The small size horizontal modeling showed the 2 time acceleration. The length of the system is 200 mm. 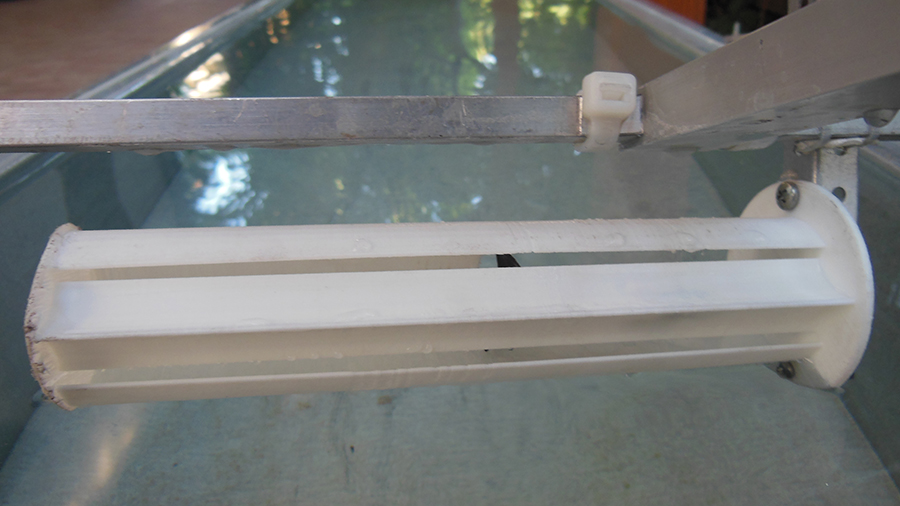 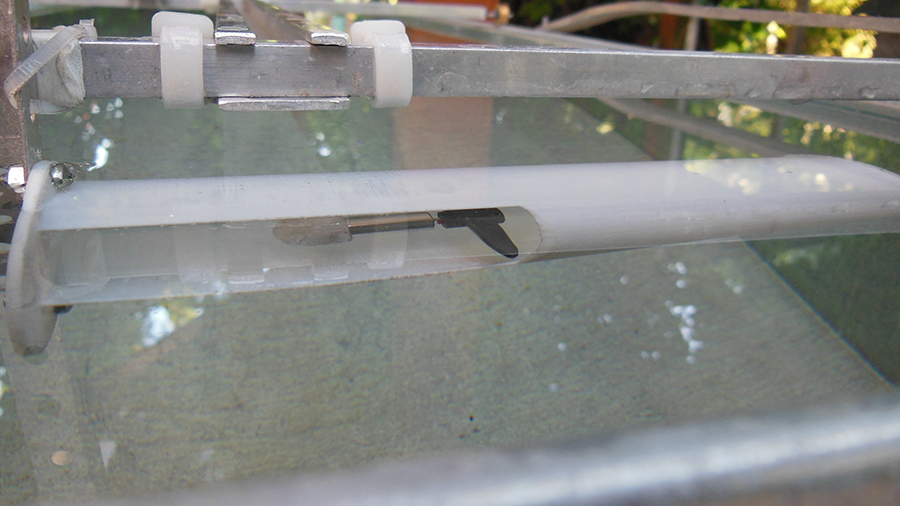 With the horizontal tests we couldn't use the visual observation to get results.
The small turbine and generator wasn't good enough for exact measuring.
We need larger size and professional generator to get reliable results.

You can fix the Hydropower System on a floating (pontoon) platform or fix it on a frame, that is fixed on the ground or seabed. In the deep water you can fix it both vertically or horizontally. It is possible to fix it as a tidal system closer to the shore than a regular tidal turbine.