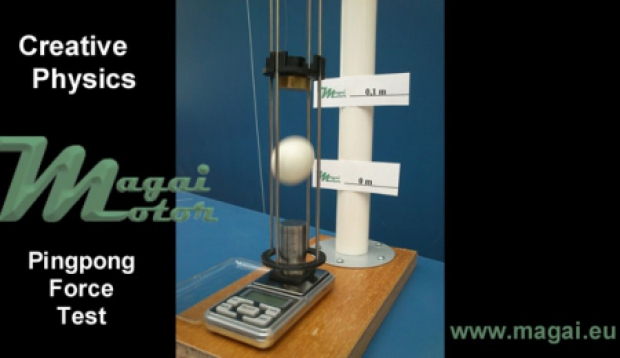 The well known continuum theory reduces or simplifies the quantized effects into a continuum. This reduction generates a conflict, because it is impossible for all of the molecules to collide with each other or the detector surface at the same time but we often neglect this fact and calculate the energy and mass as a continuum. The result of this negligence is that the base units like density, inertial mass, pressure, impulse, temperature and heat capacity become inconsistent. We define a consistent spacetime and theory for calculating real mass and energy in both cosmic and quantum areas.

99 % of the known Universe consist of Hydrogen and Helium that's why we call their effects universal and dominant. Atoms and molecules move and collide with each other and exchange motion energy. Molecules have their motion energy between collisions as well but it is hidden from their ambiance until the next collision occurs. The motion energy can be temporarily inactive but the gravitational mass of the molecules is permanently present in the physical space. The only problem is that continuum physics can't see or detect all the motion energy and the inertial mass at the same time. Both the continuum physics and general relativity state that you can't differentiate between inertial and gravitational mass. In this case the energy transport processes are described based on inertial mass on a continuum basis instead of gravitational mass.

A detectable molecule collision process is about 20 times shorter than the running time of molecules between collisions in the ambient air near the ground. Our instruments can detect the collision phase by the molecules' inertial mass, but there isn't any information about the freely running molecules - from which there are 20 times more of - until they collide again with each other or a detector. These temporarily freely running molecules dynamically form the dark matter and dark energy which do exist, but they play hide-and-seek with us.

The visible/dark ratio is about 1/20 for ambient air near the ground and about 1/3 for all of the Universe. The ratio is getting lower by the Universe's expansion. This ratio is higher than 105 in a black hole. The ratio was maximal at the theoretical beginning of the known universe. The visible/dark ratio needs a new space-time definition, because the effect of the collisions on the ambiance is defined by the frequency of the collisions as well. Space and time can't be independent dimensions anymore. We defined a new Consistent Spacetime which is usable for both quantum mechanics and theory of relativity. This native spacetime isn't a continuum.

The expansion of the Universe decreases the visible/dark ratio. The Universe is "getting darker", but the sum of the visible and the dark matter is constant. Some of the universe expansion theories explain the acceleration with the "negative pressure" effect caused by "dark energy". Our Consistent Spacetime theory gives a real solution. When periodically moving objects: stars, molecules or atoms move with higher velocity, static pressure decreases and the free distance between collisions increases at the same time.

The relative decrease in static pressure seems like a depression from a continual reference frame. It is not necessary to use mystic dark energy to explain this relative depression. This pressure reduction has analogy to static pressure in de Laval nozzle and to the superfluid helium 3.

The origin of the dark matter or dark energy are based on some mistakes of theories which stated the equivalence of the inertial and (passive) gravitational mass for the entire Universe. Gas molecules collide with each other at different points in time. Their visible and detectable inertial mass is less than their (passive) gravitational mass. Most of the theories calculate the mass and energy transports with the visible inertial mass only. They can't analyze the internal periodical energy transports because the continuum theory can't differentiate between permanent and temporary molecular effects.

There isn't any independent object or part in the Universe including quantum and subatomic parts. There isn't any material without information of the quantization process inside. Creative Physics defines several Creative Layers with Spacetime-operators which are applicable for consistent modeling and calculations. Creative Physics meets the real requirements of both quantum mechanics and theory of relativity which capability connects them in to one theory.